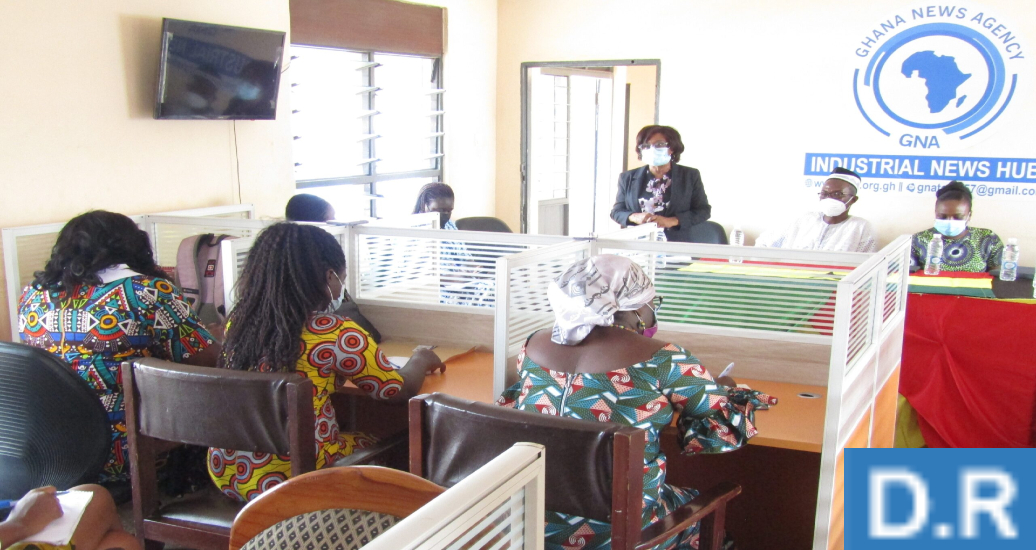 By s.alarkoubi10 April 2022No Comments

Tema, April 8, GNA – Technological advancement has enhanced women’s participation in the maritime industry, previously dominated by men due to the nature of operations, which requires a lot of physical strength.

Mrs Florence Essel, the Assistant General Manager in Charge of Administration at the Ghana Ports and Harbours Authority (GPHA), said that had resolved the gender handicap and created the environment for women  to venture into the “blue economy.”

Mrs Essel said this at the  stakeholder engagement seminar by the Ghana News Agency (GNA) in Tema, a platform for state and non-state actors to address national issues.

Speaking on the topic: “Prospects of Women in the Blue Economy: Women’s Contribution to the GPHA’s 60 Years of Operation,” she said the International Maritime Organisation was encouraging more women into the sector by offering scholarships and mentorship to bring them to the top to balance the gender disparity.

There had been a tremendous increase in women enrollment in higher technical positions at the Port, who were contributing tremendously to its operations, she said.

Mrs Essel said continuous sensitisation and mentorship for women to acquire the  skills they need to get to higher positions should be prioritised by every organisation.

“I remember when I joined the GPHA there was a condition of service that was allotted to staff and wife, meaning that the ‘staff’ is a male. If there were females at the management positions, it would have been captured in a gender-balanced language,” she noted.

Mr Francis Ameyibor, the Tema Regional Manager of GNA, said technology had virtually balanced activities in the workspace, adding: “Works, which in the past demanded physical manpower have changed as machines are now being used to manage them.”

“This makes it flexible for the female to also operate.”

Mrs Sika Ramatu Lawson, a Project Electrical Engineer,  Tema Oil Refinery, said the refinery, which was a purely engineering-oriented, was predominantly male-dominated as fewer women studied and worked there.

She spoke on the topic:  “Prospects of women in the oil refinery sector: Women’s contribution to the success story of the Tema Oil Refinery.”

Mrs Cynthia Kwarteng Tufuor, the SIC Area Manager for Tema Region,  said women formed about 60 per cent of the workforce of State Insurance Corporation  but occupied 35 per cent of the leadership positions.