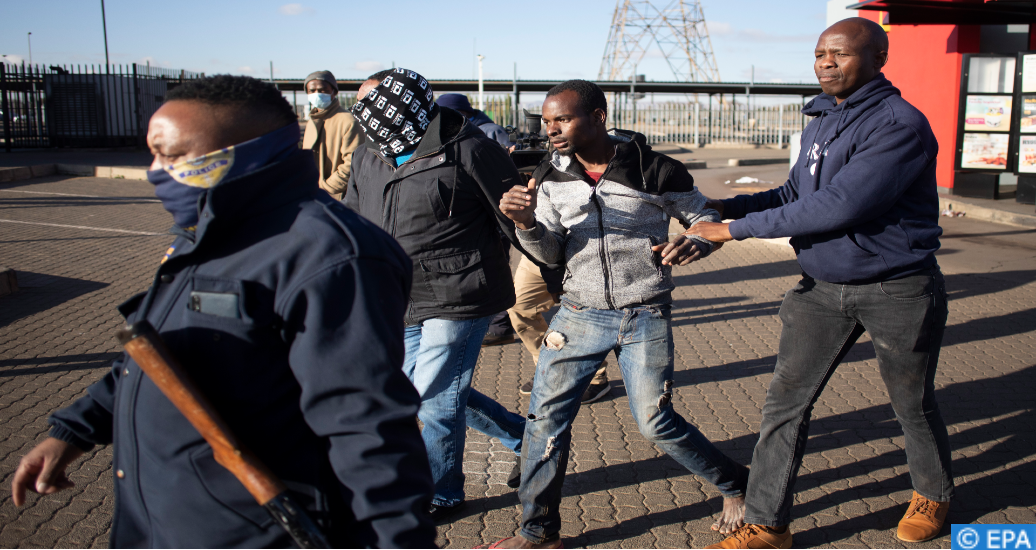 The man, identified as Lahai Kanneh, allegedly gruesomely murdered his mother on Sunday, September 5, on their farm in Guassay Town in Porkpa District.

According to report, prior to committing the act, Lahai reportedly asked his 60-year-old mother to prepare food for him because he was hungry.

After his mother prepared the food, he was given his share, but while eating Kanneh complained of chewing sand, and said it was evident that his mother wanted to kill him.

The report added that Lahai Kanneh then took a stick and beat his mother until she died.

Following the death of the old lady, the suspected killer left the farm and went back to the town and told residents of the town that he had killed his mother.

Being aware of his mental problem, residents of the town followed him and discovered the lifeless body of the lady on the farm.

The leaders then turned him over to officers of the Liberia National Police in Bamballa Town.

The alleged perpetrator is currently in detention at the Bamballah Police Station awaiting court trial.

The body of the old lady was turned over to the family who later buried her.

Relatives revealed that Lahai Kanneh for some time now has been threatening his parents on ground that they do not care about his health condition.

The relatives also revealed that the alleged perpetrator told his parents that he would one day kill one of them because of their lack of care for him.

They disclosed that about a year ago the suspect attempted to kill his brother’s wife when he reportedly took a cutlass and chased her in an apparent attempt to kill her.

They said Kanneh had inflicted severe wounds on the lady.

Grand Cape Mount County has for a period of time now experienced murder incidents, but this is the first time for a mentally-challenged person to murder a member of his own family.