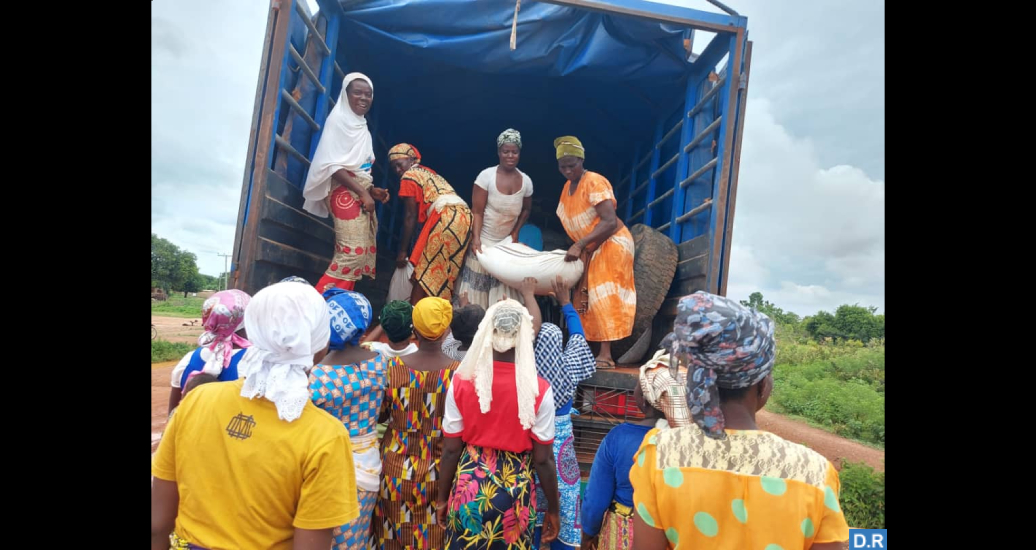 By s.alarkoubi24 July 2022No Comments

Pulima, (UW/R), July 23, GNA – A total of 136 women farmers in the Sissala West District have been supported to purchase fertilizer at an affordable price to increase their productivity.

In all, 1,568 bags of compound fertilizer were given to the women at half the cost to help them improve their farm yields and pay the rest later.

Mr Nankpa Jibiliru, an entrepreneur, who intervened, said, “The arrangement is that you pay cash for any quantity of fertilizer you want, Farmerline, a farmer-based organization will add the same quantity you paid for you.

For instance, if you paid for ten bags of fertilizer, the company will add ten bags making it 20 bags”, he added.

He explained that the women were then expected to pay for the additional ten bags in any month of their choice after the farming season, saying “Some of them chose February, March or April of the ensuing year after harvesting to pay back.”

“I and another community-based farmer organization, Paapa Enterprise, have to stand in as guarantors to secure it for them and without us, as guarantors, they would not have agreed,” he stated, and warned that the group’s refusal to pay could lead to the guarantors being prosecuted.”

Mr Felix Gandaakuu, the Sector Manager, North East Sector, Upper West of Farmerline, advised the beneficiaries to pay to cement the relationship and to extend support to other farmers in the next farming season.

“Women are more reliable than men, that is why we are giving them the inputs on credit”, Mr Gandaaku, Stated.

Mr Gandaakuu added that the goal of the support was to help the rural vulnerable women who were struggling to make ends meet at these tough times, especially with the hikes in the prices of farm inputs.

Some of the women said if not for this support, they would have thrown their hands up in despair as they would not have been able to even farm much but said with the support they increased their acreages.

Farmerline is a company based in Accra that is into the aggregation of maize and soya beans. They also assist reliable farmers with farm inputs like fertilizer and hybrid seeds. Dealers can also buy these inputs from them with cash.